Get Married or Not

Tells about the love life of a woman aged over 35 years and has decided not to want to get married. His friend who is none other than the powerhouse of the company and owner of the beauty salon trapped between rescuers and applicants. Cheng Lu, played by Tong Yao, is a woman who is 35 years old. The profession as a well-known and intelligent screenwriter. Even so, he could not get married at all. But his life began to change since he met with Wei Shu (Pan Yue Ming). He was a professor of psychology who came before him and had shaken his belief all this time not to get married. Tian Lei (Chen Shu) is Cheng Lu’s best friend and best friend. She is a famous female figure from their law firm and now a lawyer. Almost everything he could achieve when he was unanimous to do it. But Xu Hai Feng (Yuan Wen Kang) came and changed his life. He is neither his friend nor foe and they begin to develop feelings for each other even though the relationship they live is so complicated. 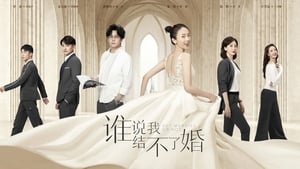 When My Love Blooms

Get Married or Not

Mom Has an Affair